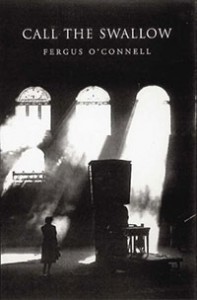 It is 1938. European Jewry enters its final year as Nazi power reaches its zenith. Ariela Steinbaum, a 19-year-old Jewish girl leaves her family in Lodz to study music in Warsaw. Fifty years later her brother is on a quest to find out what happened to her.

“My first published novel.  Took ten years to write.  Got lots of great reviews.  The Irish Times called it ‘better than Schindler’s Ark‘ (which won the Booker Prize).  Sold an option on the film rights.

It was shortlisted for a couple of prizes.  One of them, John McGahern won.  Since he was arguably Ireland’s greatest living novelist at the time, I was cool with that.  Just to be in the same company as him was enough.  We spoke at the prize giving.  He autographed my copy of his book.  An utterly gorgeous man and a great loss.”